There’s really no comparison between listening to your favorite artist on Spotify and watching them perform live. The widespread availability of digital playlists has made music more accessible than ever—you can listen to both household-name icons and small, indie bands alike at the touch of a button. But when it comes to seeing an artist in person—an experience many would argue is much better—your geographical location still matters.

Addison and Katie Jones had this conundrum in mind last spring when they started kicking around the idea of starting a house concert series in Springfield. “We listen to a lot of midlevel bands that would play shows in Kansas City, St. Louis or Bentonville, and they happened to miss us on their tour,” Addison says. “We wanted to find a way to bring artists to Springfield that don’t have a large enough fan base to fill JQH arena or even the Gillioz,” Katie adds.

The Joneses worked with what they had—their exposed brick, downtown loft—and found the first artist, The Arcadian Wild, through mutual friends. Lamplight Sessions quickly moved from a shared dream between husband and wife to a tour stop for performers like Emmett Franz and Ira Wolf. The Joneses seek indie and folk artists who have tours scheduled in the Midwest and have interest in performing an acoustic set, completely unplugged, à la NPR’s Tiny Desk series. Addison and Katie open their doors to friends and strangers alike, with a maximum of 30 tickets sold per show.

Lamplight Sessions offers an intimacy that isn’t lost on the performers or the crowd. “Every single artist has thanked the group for being an attentive audience,” Addison says. “Since it’s a simple setup, there’s really nothing for [the audience] to do other than sit and listen.” To round the experience out, the Joneses have partnered with a downtown Airbnb to accommodate the performers, and Addison and Katie give each artist a firsthand look at Springfield, MO by treating them to an evening downtown. “It seems like music has brought out the best in people,” Katie says, “and we’ve only had good experiences sharing a small piece of our life in this way.”

Lamplight Sessions is one aspect of the hyper-local life Addison and Katie Jones strive to lead. The movement could even be viewed as an extension of Katie’s career as Talent Retention Coordinator at the Chamber of Commerce. Addison, an architect at Dake Wells, recently started an organization called Better Block SGF, an effort for community improvement. “We live downtown, work downtown and go to church downtown,” Katie says. “We’ve tried to be laser-focused on this area to pour into the community as best we can.”

For the next house show and more event information and tickets to future shows can be found via the Lamplight Sessions Facebook page. 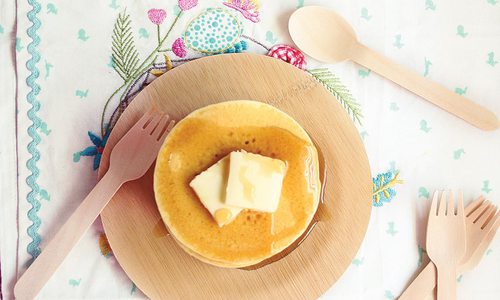 Love the Earth with Eco-Friendly Plates and Cutlery

A local company creates eco-friendly plates and cutlery that are not only biodegradable, but also attractive. 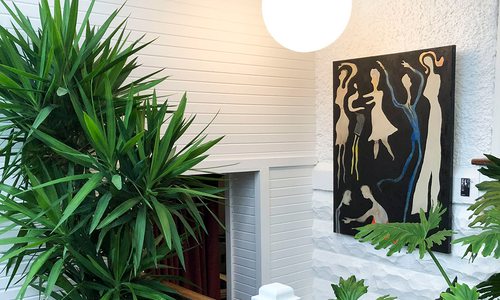 Home is Where the Art Is

Guests were invited to experience Rosie Winstead's latest body of work, TORN, in a gallery like setting at Julie Blackmon's Springfield, MO...