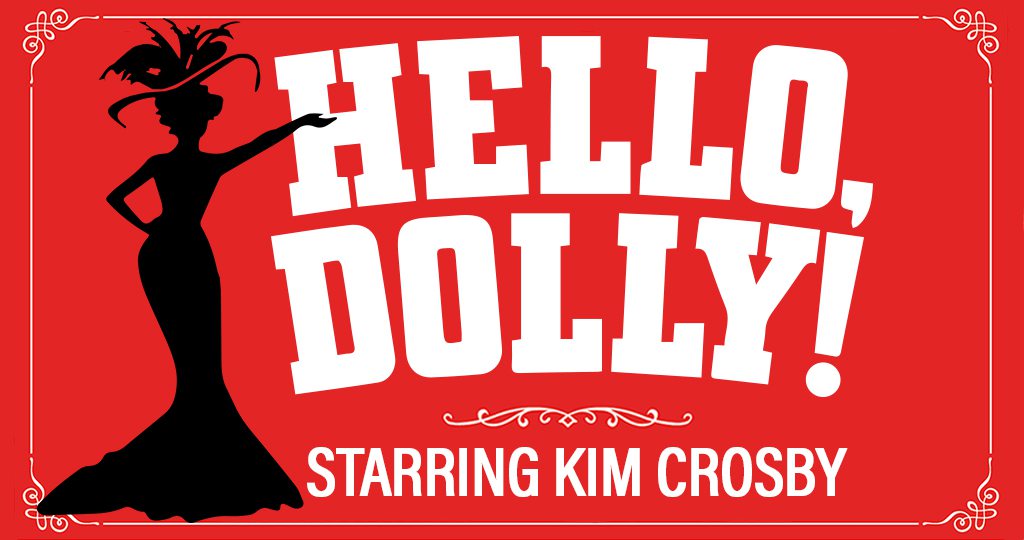 Original Production Directed and Choreographed by Gower Champion
Produced for the Broadway Stage by David Merrick and Champion Five, Inc.

HELLO, DOLLY!, the 14 Tony Award-winning blockbuster Broadway hit, bursts with humor, romance, high-energy dancing, and some of the greatest songs in musical theater history. The romantic and comic exploits of Dolly Gallagher-Levi, played by Broadway actress Kim Crosby, turn-of-the-century matchmaker and “woman who arranges things,” are certain to thrill and entertain audiences again and again.

Recently revived on Broadway in 2017 with Bette Midler in the title role, HELLO, DOLLY originally opened on Broadway in 1964 and was, at the time, the longest running Broadway show with 2,844 performances.

The show’s memorable songs include “Put On Your Sunday Clothes,” “Ribbons Down My Back,” “Before the Parade Passes By,” “Hello, Dolly!,” “Elegance,” and “It Only Takes a Moment.”