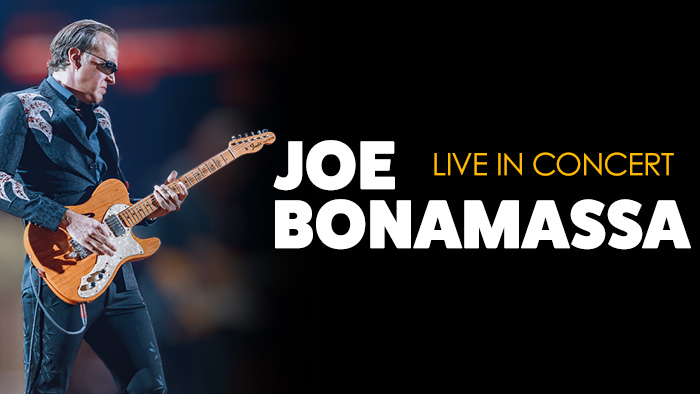 Don’t miss The Guitar Event of the Year – when three-time Grammy®-Nominated Blues Rock Titan Joe Bonamassa takes the stage at Juanita K Hammons Hall for an unparalleled evening of music!

Joe Bonamassa is one of today's top live performers. Music lovers worldwide return again and again to experience the passion and virtuosity of his concerts, which are a huge part of his amazing career. Hailed internationally as one of the greatest guitar players of his generation, and cited by Guitar World Magazine as “the world's biggest blues guitarist”, Bonamassa has almost single-handedly redefined the blues-rock genre and brought it into the mainstream.

Backed by a stellar band of legendary musicians, the set list for this showwill feature new songs alongside career-spanning favorites.By exceeding his own vertiginously high artistic goals, Bonamassa has shattered all expectations with 25 #1 Billboard Blues Albums (more than any other artist in history). Bonamassa’s career in the music industry has built steadily over the years and is only gaining more momentum. You won’t want to miss his latest tour!

Alton Brown Live: Beyond The Eats — The Holiday Variant