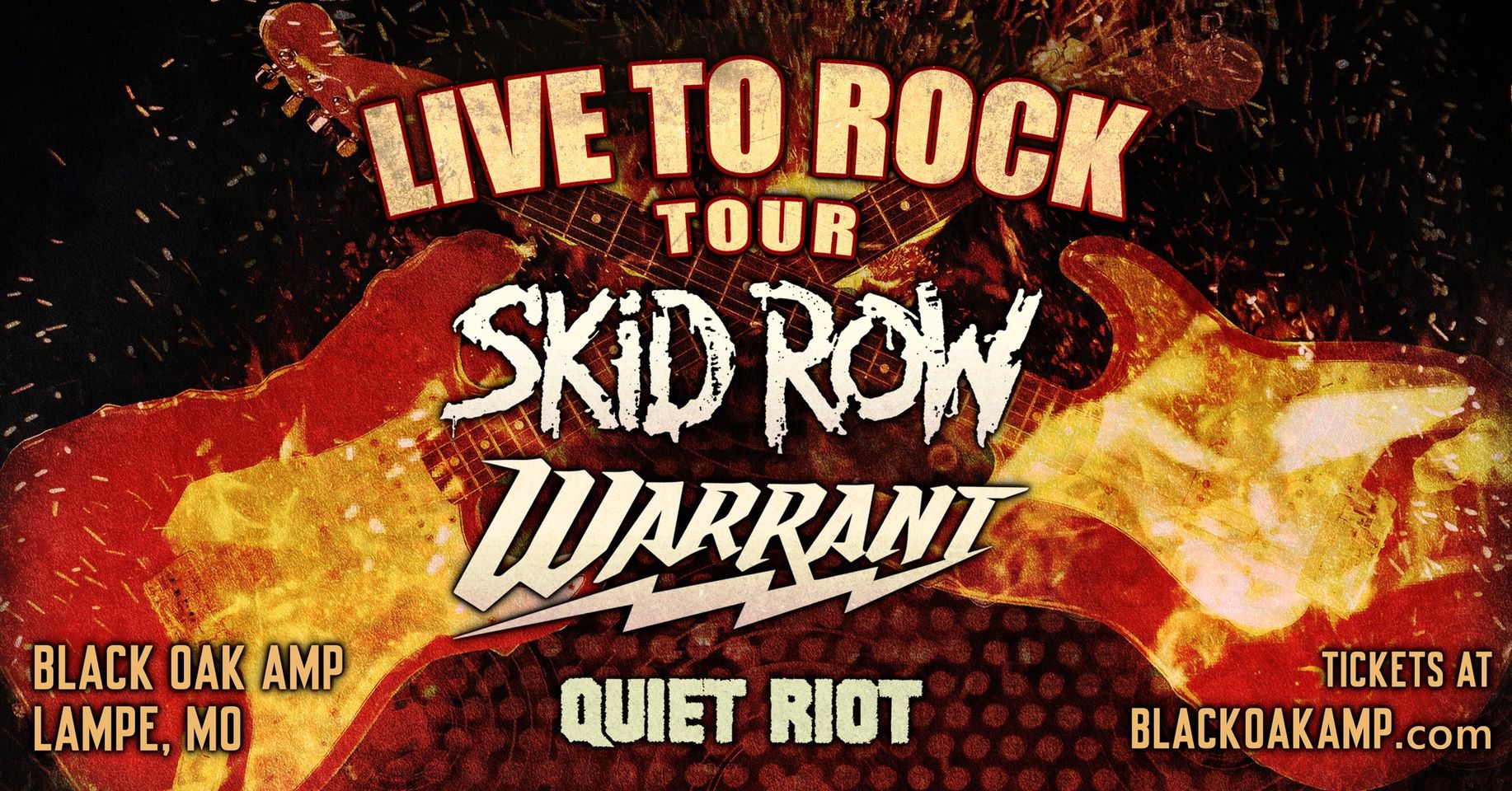 New Jersey kids, Skid Row, punk and metal attitude, determined to conquer the world. All for one, banded together with single-minded purpose. The battlefield was the stage, the songs their arsenal in an us-against-them musical coup d'état. Top Ten singles with “I Remember You” and “18 and Life” Gold and multi-platinum sales. Their second Album “Slave to the Grind” debuted at No. 1 on the Billboard 200 album chart. Their rebellion continues. United World Rebellion starts now.

Big-haired, leather-wearing rockers, Warrant gained international popularity with their double-platinum debut Dirty Rotten Filthy Stinking Rich. The chart-topping power ballad “Heaven” reached No. 1 in Rolling Stone and No. 2 on the Billboard Hot 100. Glam metal in nature, the band’s catchy, yet melodic sound, has blazed the trail for over 30 years of sweet surprises. Experience the glitz and glamour of tracks like “Cherry Pie”, “I Saw Red” and “Uncle Tom’s Cabin” among other hard rock offerings, sure to have you singing.