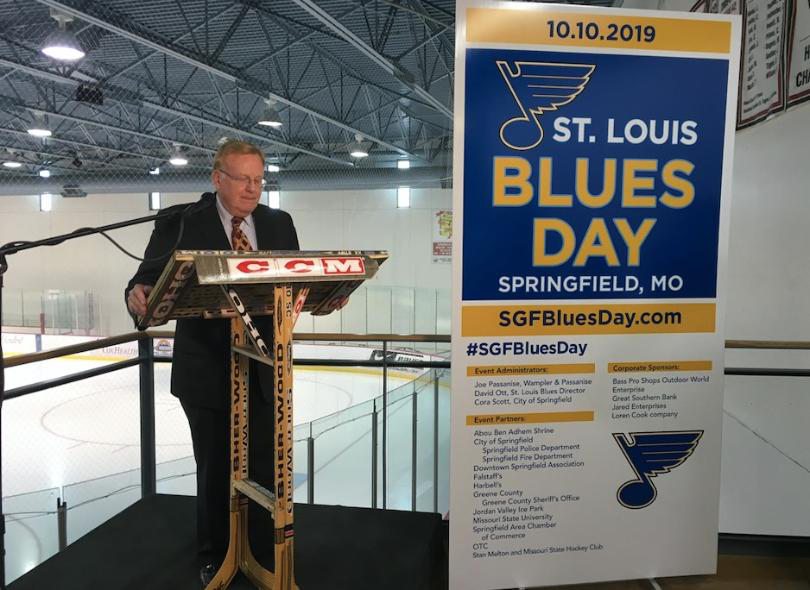 Local leaders from both the private and public sector have worked with the St. Louis Blues to bring the storied “Cup” to Springfield and citizens will have the chance to view it and join a community-wide celebration.

“We are thrilled to celebrate the extraordinary championship win,” says Mayor McClure. “Springfield loves hockey and we love the Blues.” McClure announced at a news conference Wednesday that he hopes Springfieldians will get creative in supporting our “neighbors” to the East and invites citizens in surrounding communities to join in the festivities.

3 – 5:30 p.m. – Kick off the Blues Day celebration at the Grandaddy of All Outdoor Stores! Bring the family to Bass Pro Shops Outdoor World to be a part of this historic event and take a group photo with the Stanley Cup. Groups will be served on a first come, first served basis.

7:30 – 9:30 p.m. – The “Cup” will be on display at Harbell’s and Falstaff’s in Park Central West. A street party will take place 6 – 11 p.m. at Park Central West, with music, live entertainment, and viewing of the St. Louis Blues at Ottawa Senators on multiple screens.