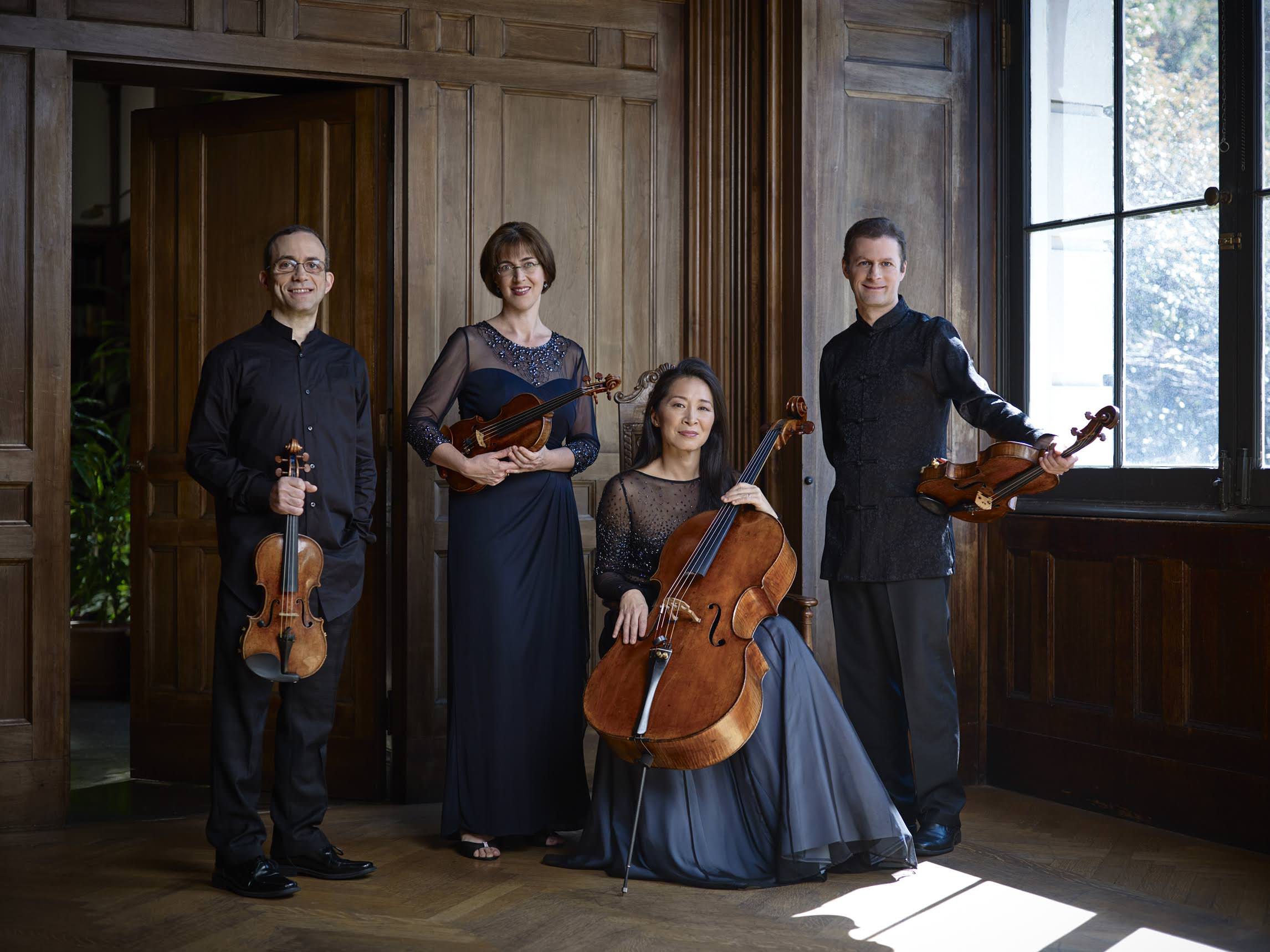 Pro Musica presents the Brentano (string) Quartet! Since its inception in 1992, the Brentano String Quartet has appeared throughout the world to popular and critical acclaim. “Passionate, uninhibited and spellbinding,” raves the London Independent; the New York Times extols its “luxuriously warm sound [and] yearning lyricism.” In 1998, cellist Nina Lee joined the Quartet, succeeding founding member Michael Kannen. The following season the Quartet became the first Ensemble-In-Residence at Princeton University, where they taught and performed for fifteen years. In the fall of 2014, the Quartet became the Resident String Quartet at the Yale School of Music, succeeding the Tokyo Quartet in that position. At Yale, they perform in concert each semester, and work closely with the students in chamber music contexts.

The concert starts at 7:00 PM and is open to the public at no charge with donations appreciated. The public performance of the Brentano Quartet is sponsored, in part, by Crossland Construction Co., Southwest Missouri Bank, and the Missouri Arts Council, a state agency. Arts Education Events presented by the quartet are sponsored, in part, by the Rusty Smith Memorial Fund.