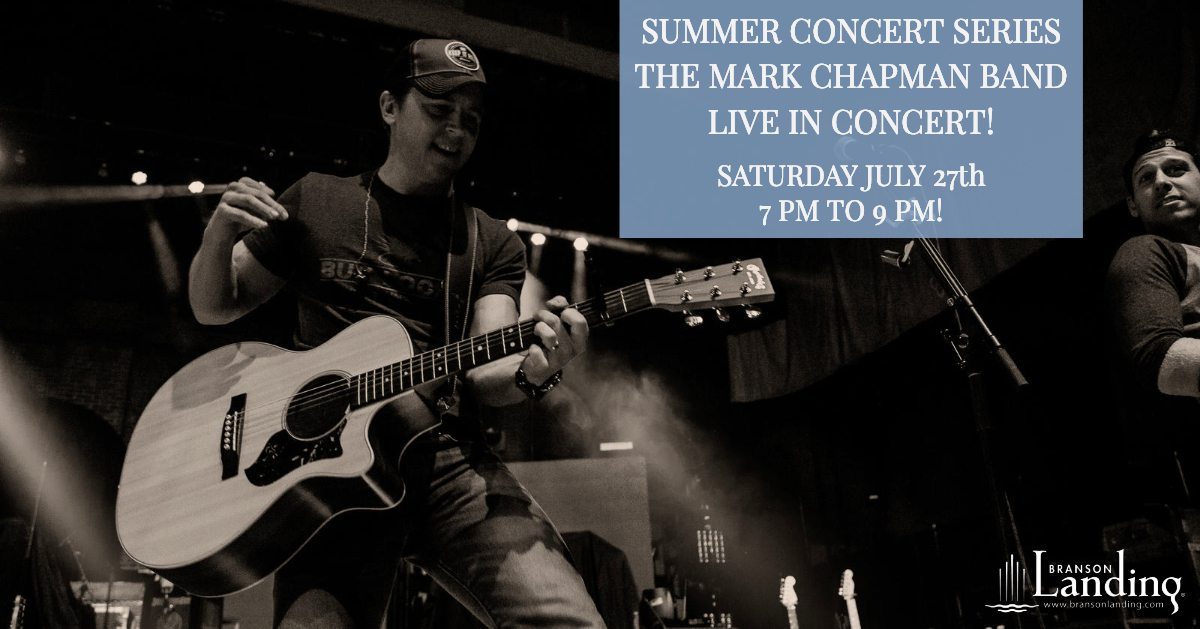 Since their founding in 2008, The Mark Chapman Band has been considered one of the premier bands in the Southwest Missouri Region and we’re thrilled to have them returning to the Branson Landing Stage this summer! The MCB has toured throughout Missouri, Kansas, Oklahoma and Tennessee and they have even provided tour support for notable country stars, Josh Turner, Easton Corbin and Justin Moore, as well as the Eli Young Band – just to name a few. Mark Chapman has performed both with his band and solo acoustically from Oklahoma to Nashville, receiving airplay in 19 markets with his debut album, Who Knew?