Ty Herndon at The Gillioz Theatre 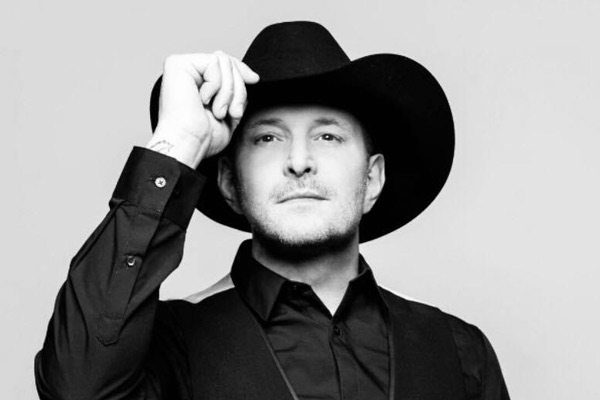 With a career spanning two decades, 20 Billboard charted singles and over five million albums sold, Ty Hern- don shows no signs of slowing down. Raised in Butler, Alabama, Herndon has been a professional entertainer since his teenage years. At age 17, he performed at OPRYLAND, USA as a cast member of Today’s Country Roads. He went on to be a finalist in the first season of the now iconic television series, Star Search and was a winner in the male-vocalist category.

He gained popularity while playing honky-tonks in Texas, and in 1993 he was named “Texas Entertainer of the Year”. That honor led to interest from Music Row and a record deal with Epic Records. Herndon made his chart debut in 1995 with “What Mattered Most,” which became his first No. 1 song and garnered a Song of the Year award (Music Row Magazine). It was also the title track to his debut album, which debuted on the Billboard Top Country Albums chart and had the biggest first-week shipment in the history of Epic Records’ Nashville.

In 2010, Herndon released his album, Journey On. The album was heralded as the most personal project of Herndon’s career, due in large part to the fact that the project represented his first foray into songwriting. The album received critical acclaim and earned him a Grammy nomination and his first Dove award.

In 2014, Ty Herndon became the first major male country artist to publicly come out as gay. Shortly after, he made history when he hosted the first-of-its-kind country music event, titled The Concert for Love and Acceptance. The event, designed to bring attention and support to at-risk youth and acceptance, received national attention from Boston Globe, Rolling Stone, Entertainment Tonight, People Magazine and more. Herndon received an outpouring of support that only strengthened his relationship with fans.

In 2017, Herndon released a much-anticipated, full-length album, titled House On Fire. The album received rave reviews from critics and journalists all over. The album is a collection of 12 new songs, co-produced by Herndon and Nashville stalwart Erik Halbig, that shows a deeper, greater strength from a man who has been there and back and lived to tell about it. Herndon is credited for co-writing six of the 12 tracks.

In 2018, Herndon was honored with the HRC Visibility Award at the HRC Nashville Equality Dinner. The HRC Visibility Award, awarded by the nation’s largest LGBT civil rights organization, Human Rights Campaign (HRC),recognizes the outstanding efforts of those who use their talent and visibility to help better the lives of LGBTQ people.