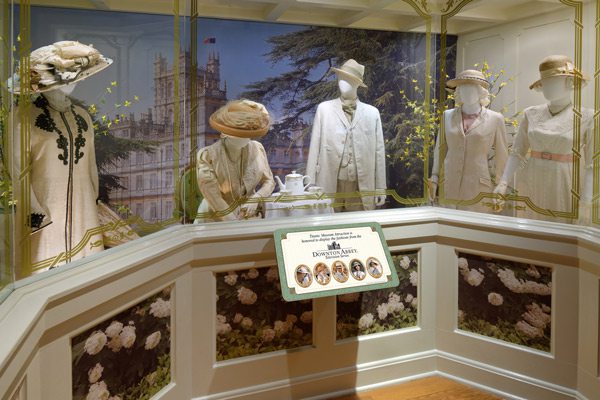 Stylish fashions from the multi-award winning Downton Abbey  will be on exclusive display for 6 exciting months at the Titanic Museum Attraction in Branson, Missouri beginning July, 2019, announces Mary Kellogg-Joslyn, President/COO & Co-Owner of the Museum Attraction.

“Fans will recognize them. Fashionistas will covet them and everybody will long remember them,” says Kellogg-Joslyn. “These surprise pieces were actually featured in the series and after months of negotiation we’re bringing them to Branson as a new, summer/ winter holiday addition to our 2019 season.”

Did you know the RMS Titanic helped launch Downton Abbey? Kellogg-Joslyn explains. “The dramatic sinking of the great ship became a pivotal plot line in the first and subsequent episodes of this popular series. It set the tone for the extravagant, Edwardian period piece and provided an early 20th Century timeframe for the audience to follow. And follow they did, tuning in each week for high drama, lush locations and a weekly parade of the glamorous gowned and tuxedoed cast.”

“Now, all of us at Titanic Branson look forward to revealing our Downton Abbey surprise in July and you’re all invited to live the experience with us."