Our first project is remodeling the master suite in Gary and Joan Whitaker’s home. The space is currently being remodeled by a team of experts, including Denise Wright with Decorating Den Interiors, the Bath & Kitchen Idea Center by Queen City Winnelson, Metro Appliances & More, Sam Bradley Homes, Cabinet Concepts by Design and Unique Tile. 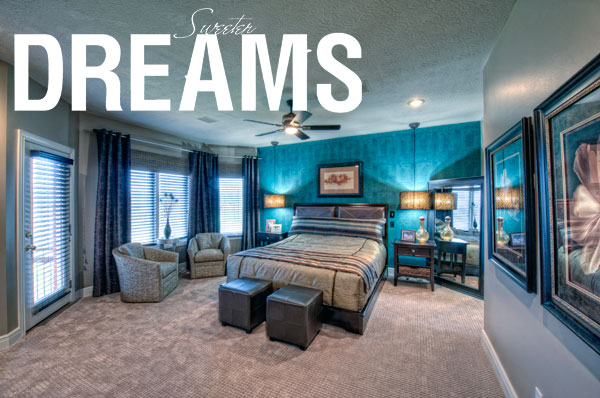 Sometimes dreams do become reality. In today’s economy, however, many of those dreams aren’t for bigger and better homes. Instead, they’re more focused on updating and improving. That’s where 417 Home’s Dream Remodel Series comes into play. The new series allows a family to completely overhaul part of its home, compliments of partnerships between local businesses and the magazine.

Joan and Gary Whitaker were the first to experience the dream remodel. The Whitakers worked with a team of local experts to make their master suite a reality.

While the couple offered a few broad ideas on what they wanted, they gave a great deal of artistic freedom to interior designer Denise Wright, with Decorating Den Interiors.

“The only direction I gave Denise was that I wanted a more contemporary feel,” says Joan. “More straight lines, more of a sleek look. Very spa-like. Very calming.” And the result? “It is perfect,” says Joan.

The Whitakers were also impressed with Sam Bradley of Sam Bradley Homes, who was responsible for carrying out the remodel. Instead of ripping everything out at once, Bradley didn’t start until every product had been ordered and was on its way. “It made the project go much faster,” says Joan. “I thought that was a really good way to work.” 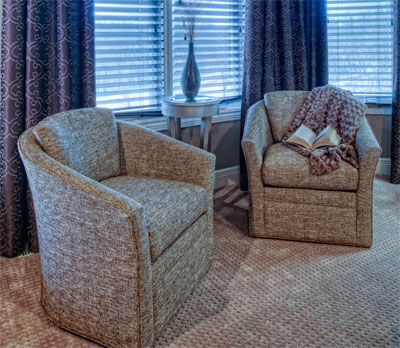 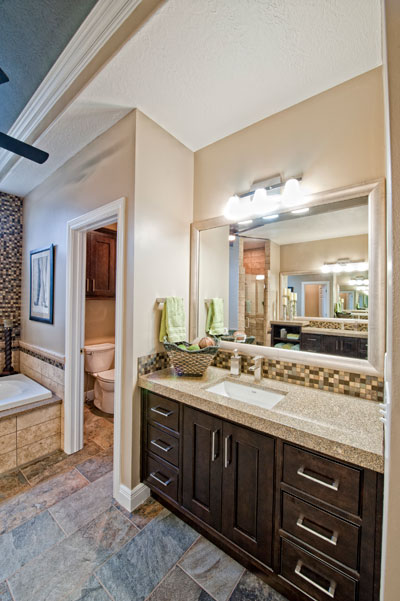 The granite countertop (below) is from the Giallo Antico series and was provided by Unique Tile. Joan requested that it be double the typical depth of traditional countertops. Additionally, the Moen 90 Degree faucet from Queen City Winnelson was the only item in the project that Joan picked out herself, and it pairs well with the American Standard undermount sink, also from Queen City Winnelson. The cherry-wood cabinets from Cabinetry Concepts by Design don’t slam due to blumotion drawer guides, and their drawers sit flush with the rest of the wood, lending clean lines to the look. 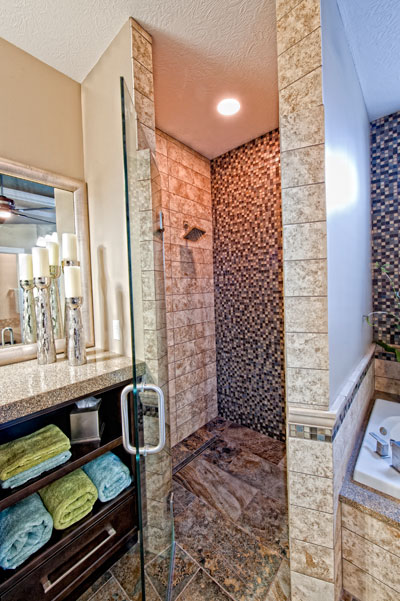 The walk-in shower (left) is specially made with innovative features. It’s a zero-clearance shower and doesn’t feature a round drain, instead, the water slopes off into a horizontal drain. The mosaic tiles in the shower are Oceanside Glasstile of the Geology series from Unique Tile. “They’re a mix of recycled glass and slate, which is a natural stone,” says Melissa Turpin, president of Unique Tile. 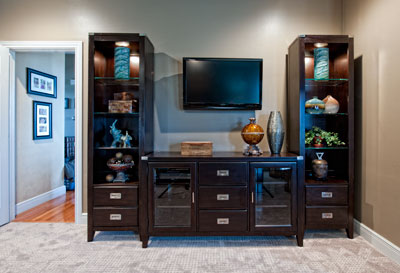 The Whitakers were looking for drawers along with lots of display room when they replaced their old dresser with a display center from Decorating Den Interiors (right). “It looks like it was made for that space,” says Joan. The layout of the three-piece set also provided a perfect spot to display the television. 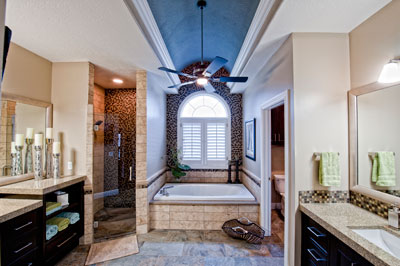 Many people want their bathrooms to be a warm room. Not the Whitakers, who exercise every morning and wanted a cooler space to get ready. Hence, the ceiling fan from Metro Appliances & More. Above the fan, the teal ceiling ties the master bath together with the bedroom. The faucet on the tub, as well as the towel bars, shower head and towel rings, are also the Moen 90 Degree series from Queen City Winnelson, and the entire collection helps complete the sleek contemporary look in the suite. 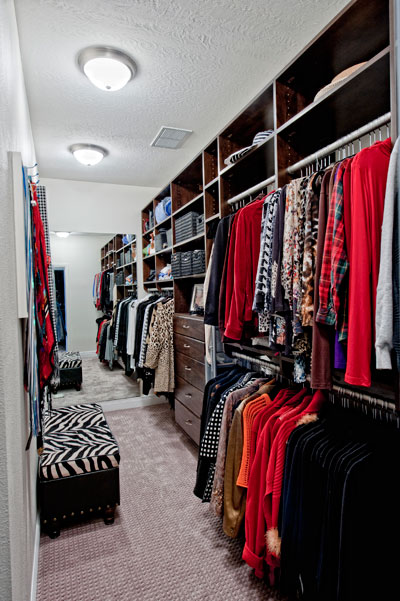 One of Joan’s favorite elements of the remodel is her new closet. Sam Bradley of Sam Bradley Homes says increasing the closet size was one of the project’s obvious challenges, but they were able to double the size of Joan’s previous closet space by removing a former hall bathroom. The new closet is complete with cubbies for storing shoes, a built-in ironing board and a jewelry display wall. “It really does make getting dressed so much more fun,” says Joan.