Follow these easy steps to make your own pickles. 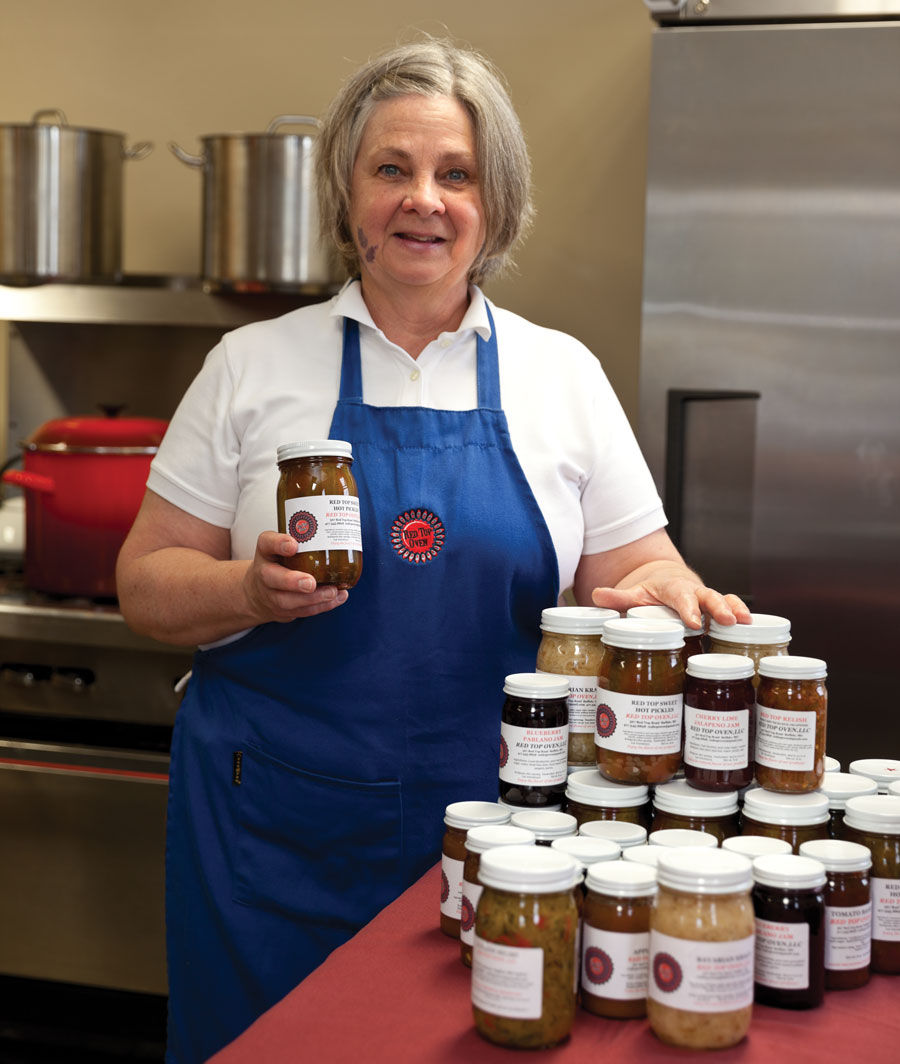 Preserve the Flavor: Jane Ford of Red Top Oven has been pickling and canning produce for 30 years.

If you think pickling is only for cucumbers and grandmas, think again. Pickling is a happening hobby for folks of all ages and abilities, and the list of things you can put through the pickling process is practically endless.

Jane Ford, co-owner of Red Top Oven in Buffalo, has been pickling and canning for 30 years. She says anyone can learn how to pickle vegetables as long as they have the right ingredients and follow a few simple steps.

The cardinal rule of pickling, according to Jane, is to use the freshest veggies you can get your hands on. “Never, ever use store-bought vegetables,” she says. “I use everything local I can find.” Go to your local farmers market or your own garden for veggies. You’ll also need a few key ingredients for the brine, such as vinegar, pickling or canning salt, sugar and spices. The most common pickling spices include mustard seeds, peppercorns and bay leaves, but you should feel free to experiment with any other spices that you like.

Also, think outside of the box. When most people think “pickled,” they probably think of the cucumber variety. But pickling isn’t just for cucumbers. Cauliflower, carrots, celery, green beans, okra, asparagus and beets—to name a few—can all be pickled, and a mixture of colorful veggies will make for a beautiful finished product.

The basic pickling process is really quite simple. First, you’ll want to wash, dry, trim and cut the veggies to fit inside your jars or containers (glass or ceramic, no plastic) you’re using. Next fill the jars with veggies, and pack them as tightly as you can. Then bring your brine (water, vinegar, sugar, salt and spices) to a boil. (See recipe for measurements.) Jane suggests wrapping and tying your spices up in a cheesecloth to keep them contained. Once the brine boils, it’s ready to pour over the veggies.

If you’re not going to “can” your pickles, you’re basically done after this step. All you need to do now is let your brine-and-veggie-filled jars cool to room temperature (about two hours), then cover and put them in the refrigerator. Let them sit for two to four weeks (or to taste). They will keep for as long as three months in the refrigerator.

If you want to store your pickles for longer, you’ll need to can them, which, when done properly, will allow you to store them in your pantry for as long as an entire year.

You can find Red Top Oven pickles and other products, made by Jane and her business partner, Kathy Hubbard, at local restaurants and retailers, including Farmers Market of the Ozarks and Horrmann Meat Company. 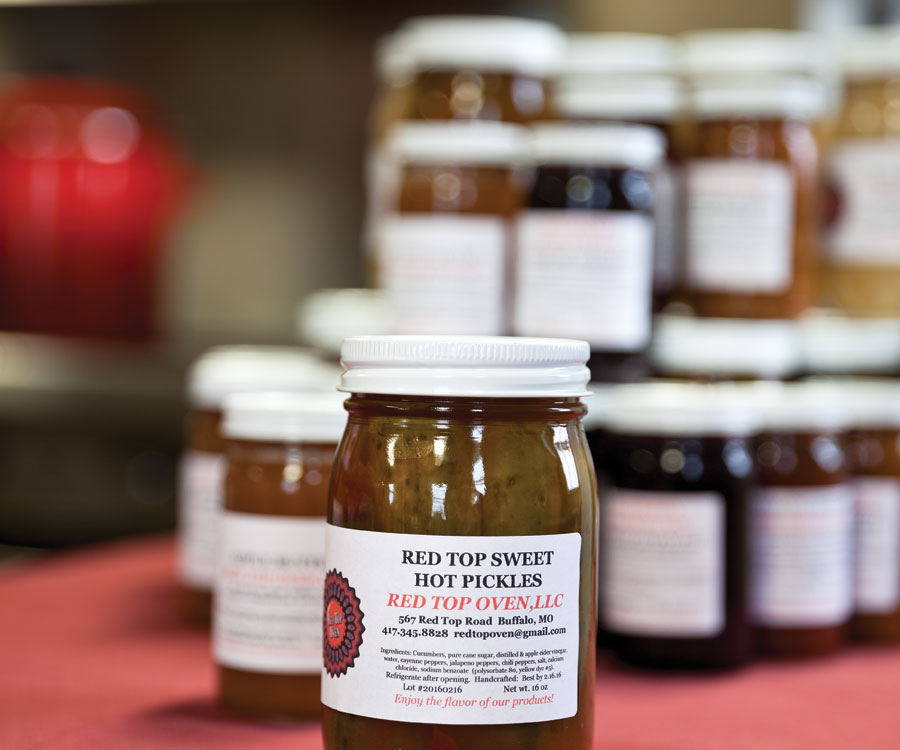 Directions:
In a medium saucepan, heat water, salt and vinegar to a boil. Divide a few sprigs of dill, the seeds and peppercorns among your jars. (Note: Use two one-quart jars or four pint jars. Jars must be sanitized in dishwasher or hand washed and placed in boiling water for 5 minutes before use). Lightly crush garlic by placing cloves on a cutting board, placing the flat side of knife over them and hitting them with your hand. This opens the clove and releases the essence of the garlic into the brine. Place one to five garlic cloves in each jar. Pack the jars tightly with vegetables. Pour the brine over the vegetables to within one-half inch of the top of the jar. Let cool to room temperature, then refrigerate. The pickles will taste best in two weeks and will keep as long as three months in the refrigerator.