The temperatures outside are dipping lower, and a piping hot bowl of soup is a warm and welcoming sight. The next time you’re looking to create a pot of the wintertime favorite, kick the cans to the curb and check out these recipes, all among the most pop 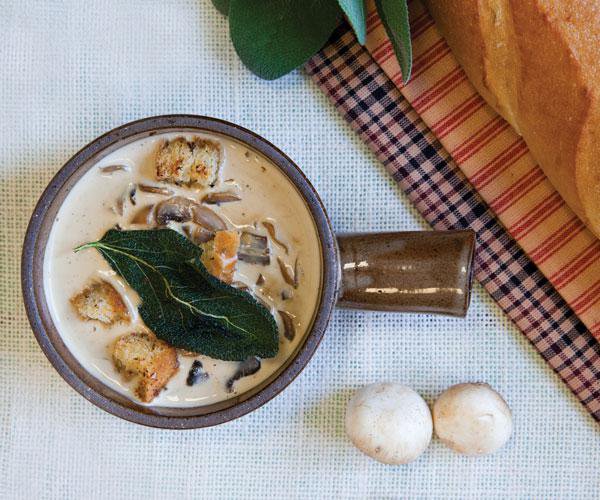 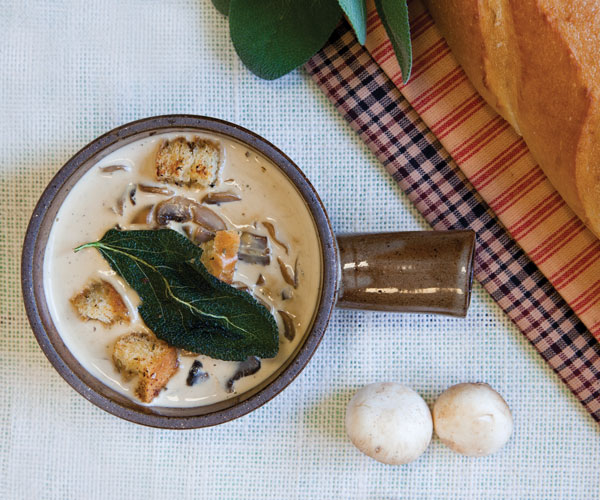 Chef Peter Tinson first introduced this signature soup as a special at Springfield’s Gallery Bistro, his former fine dining restaurant, in 1997. Due to high customer demand, the soup stayed on the menu, and Tinson now serves it as a special at Farmers Gastropub. The soup is featured on Farmers Gastropub’s pub bistro menu during December, and it is also available during the holiday season as one of the restaurant’s take-home meals and sides.

To prepare:
Add oil to a heavy-bottom saucepan. Heat oil, add onions and sweat the onions for 20 minutes or until they are translucent. Add the mushrooms, and increase the heat to sauté them. Once the mushrooms are cooked, reduce the heat, add the soy sauce and dried sage and mix until evenly distributed. Pre-warm the cream in a second pan, then pour into the mushroom pan. Heat the mixture to a boil, stirring constantly, then reduce heat and simmer for about 20 minutes until the mixture reaches the desired consistency. Remove from heat. For the garnish, heat vegetable oil in a pan, then drop six fresh sage leaves into hot vegetable oil for 20-30 seconds. Dry the sage leaves gently with a paper towel, then garnish each bowl of soup with one fried sage leaf and four croutons. Serve immediately. 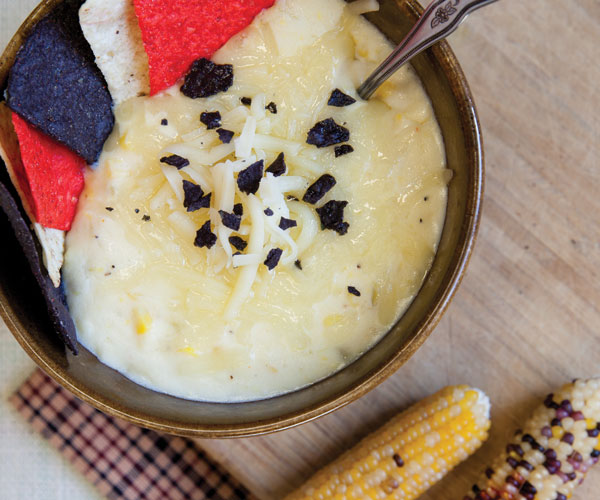 Nearly Famous Deli & Pasta House is well known for its tasty soup creations, and the Sopa de Elote, a Mexican corn chowder, is offered every Tuesday. While the soup is served garnished with tortilla chips and shredded Monterey Jack cheese, restaurant owner Nancy Miller says cheddar cheese, tomato, grilled chicken, shrimp, cilantro and chopped jalapeño are all fun topping options for those making it at home.

To prepare: Cook corn in broth. Once cooked, separate corn in two batches. Purée half the corn, and leave the rest whole. Save the corn broth to use as your soup base. Add whole strained corn back to saucepan, and add equal parts butter and flour. Cook until flour and butter are incorporated. Add the broth, pureed corn, green chilies and milk. Add salt, pepper and Tabasco sauce and cayenne to taste. Heat to a boil, and stir often. Garnish with chips and cheese, and serve. 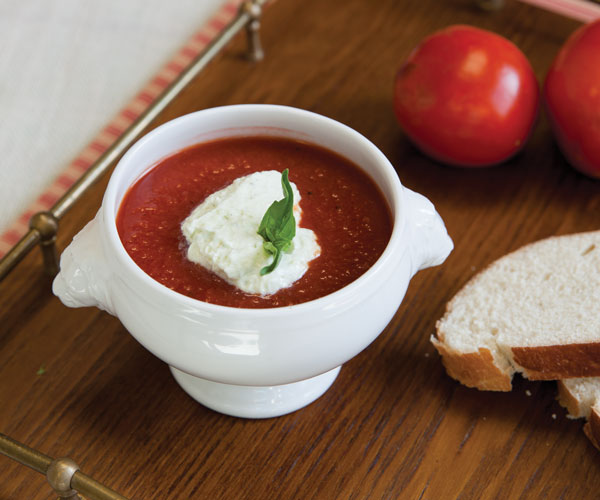 The signature smoked tomato soup at The Keeter Center at The College of the Ozarks was created to honor some of the food history of the college, whose original main crops were tomatoes and green beans. It has been on the menu since Executive Chef Robert Stricklin joined the restaurant.